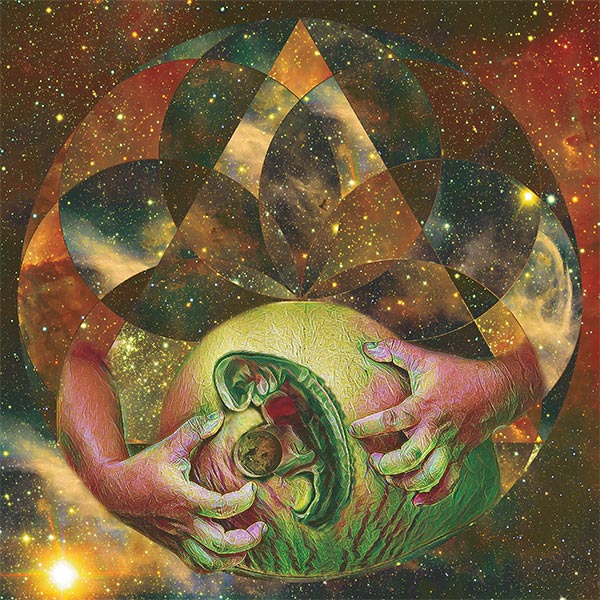 This personal project was to create a cd package for a nineties alternative band, featuring a selected song. The work creates something abstractly elegant about the loneliness in space while keeping true to the band’s identity.

I Mother Earth’s previous design identity was a wash of red-orange and an odd abstract image. The inspiration for this design began as an alien holding the world as a comparison to how it would feel to be the only being in space peering over the Earth as my interpretation of the song One More Astronaut. As the idea developed the personality of the band was explored, and the feeling intensified with more striking imagery.

The second page of the spread featured a chorus from the song, broken up in a way that resembled a drift in space. The full lyrics float quietly in the background as space expands indefinitely.