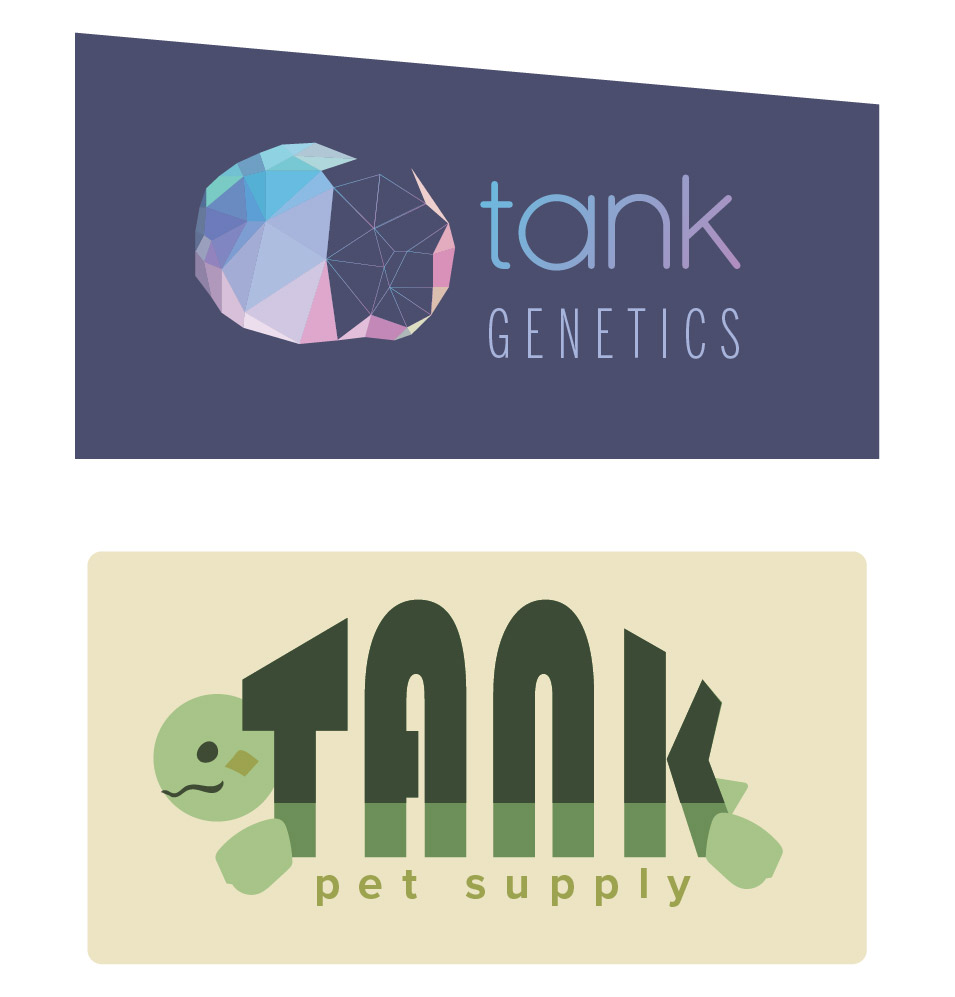 A plethora of companies share similar names yet are wildly different companies; Domino pizza and Domino sugar, Delta Airlines and Delta faucets, Cisco and Sysco, to name a few. This idea sparked this quick project. Taking the random word Tank, I created two public service announcement type ads for two companies, both named Tank, with the intent to make them the opposite as possible.

The first is for a genetics company that primarily focuses on research and development, cryogenics, and stem cell research. I associate tank with genetics because of cryo chambers, Petri dishes, lab rats in cages, and the notion of your body is a tank that is battered by life and in need of repair. The PSA is asking the general public for volunteers in a clinical trial.

The second company is for a pet store that primarily takes in and sells exotic animals. Many times exotic animals are given as pets without the understanding of the upkeep required and are often abandoned. The PSA is to tell the general public that some animals should not be pets.